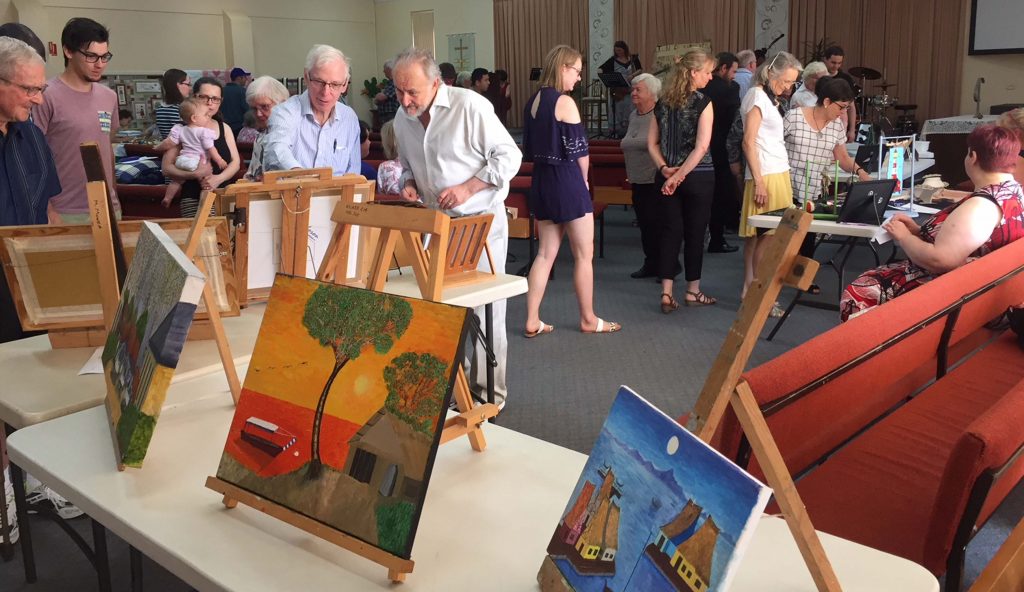 Lighthouse Community Church met with its ‘Bright’n’Light’ craft fellowship on Sunday 12th November – marking the first time the groups had met, despite operating under the same roof at Brighton for over four decades.

Bright’n’Light is a place where people can gather and express their creativity while having the opportunity to learn about God.

Bright’n’Light also enables people to get out and about – whether they are young mums needing companionship, or older men and women wishing to connect more widely.

“It’s good to know things happen at the church other than on a Sunday morning,” said Pastor Colin Rolfs as he welcomed Bright’n’Light craft people and their teachers to the church meeting.

“There’s a buzz of excitement today, as there is every Thursday,” said Maxine Reid – a previous coordinator of Bright’n’Light whose involvement goes back 35 years, and who has now been succeeded as coordinator by her daughter, Kelly-Ann Batten.

Joyce Evely, who often shares a short message at Bright’n’Light meetings, described one elderly gentleman who had not left his house for years, following a stroke, until he was brought by his wife to attend Bright’n’Light.

“He was able to involve himself in Hobbytex activities,” Joyce explained. “And the meeting became the weekly highlight for his wife.”

A number of people have come to personal faith in Christ following their involvement in Bright’n’Light.

Additionally, funds raised by the group are used to support World Vision, Darlington Primary School and Company of Grace in Vietnam.

Making Marriage a Priority in 2021

Carols in the Square

Cyclone Idai: Your URGENT help is needed to...

Awake My Soul at Lifewell Conference 2018