Mission involves participating in what God is doing around the world amongst over 24,000 people groups.  God invites believers to discover their niche, place, and role in what is occurring.  An engagement with God provides the context for discovery, and this leads to dependence on God, which is a core value of Global Interaction.

This dependence on God generates trust, provides wisdom and enables sustenance, and should inspire ongoing, regular prayer, a foundational component of engagement in global mission.

Global Interaction relies on God for workers.  Jesus in Matthew 9 asks the disciples to pray to the Lord of the Harvest for workers.  As we pray and seek God for workers, we are also considering the resources they need to fulfill the calling and live in those environments.  We can praise God for such provision with a national total of 25 candidates preparing to work amongst nine unreached people groups and 62 workers currently engaged in those communities.  South Australia is playing its role with six candidates and seven overseas.  Also, a new State Director SA/NT, David Turnbull, commenced recently in the role, with more details in the next edition.

Global Interaction relies on resources to function in its ministries in Australia and beyond.  We praise God for the partnerships in South Australia with individuals and churches which God uses for resource provision.  With this in mind, on behalf of the team in South Australia/NT office, we say A BIG THANK YOU to those who responded and contributed to the lives of the candidates preparing to join teams in Malawi and Cambodia.  It is very special to see new contributors too.  The 100 people 100 days campaign concluded at the end of August but you can still participate.  The demands and challenges continue for workers in the field, and in establishing and maintaining their partnership teams.

The dependence on God for these two areas prompts and inspires prayer.  Prayer is a way we can all participate in what God 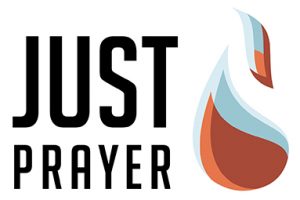 is doing in the world, especially amongst the nine unreached people groups we focus on.  It can take the place with the monthly prayer meeting at Baptist Centre in Unley or whenever you gather together or individually.  Wherever it is we have the assurance that God hears our prayers and answers them in amazing ways.

Thank you so much for joining with Global Interaction in prayer and in the many ways you support the team here and overseas.  We value you and appreciate you greatly.  Just Prayer weekend will return in November this year.  This will give plenty of opportunities for prayer.  Look for upcoming information.

Baptist Mission Australia's passion is to see people around the world receive the gift of a life-changing relationship with Jesus. With deep compassion and cultural sensitivity, Baptist Mission Australia exists to empower communities to develop their own distinctive ways of following Jesus. For more information on our cross-cultural work at a national and international level, please take a look at globalinteraction.org.au

God is the Way Maker

Edwardstown Baptist is creating a community where everyone...

Celebrating Together in Service to People and Communities

A memory for life: Duke of Edinburgh Award...