The first paid Baptist staff chaplain in any hospital in the State has commenced work at the Royal Adelaide Hospital (RAH).

Although Baptist Care SA has had coordinating chaplains in hospitals before, traditionally, the weight of on the ground staff chaplaincy has been filled by Catholic, Anglican and Uniting Church communities and volunteers.

Baptist Care SA Staff Chaplain Ian Warner describes the move, which has been years in preparation, as “revolutionary”.

Funded by Baptist Care SA, the three-year contract has been filled by Paul Tyler, a veteran Baptist minister who has served 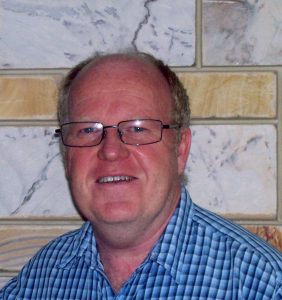 Paul Tyler, the new Chaplain at the Royal Adelaide Hospital

in both church-based ministry and chaplaincy, including in a voluntary capacity at the RAH. Paul was previously a pastor at Rostrevor Baptist, West Beach and WestCare Churches.

Hospital environments are intensely unique in that they are a space where people are vulnerable and often confronting mortality and questions of purpose.

“As staff chaplain I have the opportunity to offer God’s love and compassion to people who are hugely vulnerable and support them in their journey, meeting them where they’re at – in all in their fragility,” says Paul.

With 700 overnight beds, the RAH is the largest public hospital in the State. It is estimated that Paul will support close to 4000 people each year, including patients and their families, as well as RAH staff and volunteers.

Many thanks to Craig Bossie, RAH Manager, Wellness and Spiritual Care Services, and to the Baptist Churches of SA for their vision and support in establishing the role.

Beginning in 1913, Baptist Care SA has grown to over 1200 dedicated staff and volunteers, working tirelessly to help South Australians achieve their full potential. We’re committed to working with the State’s most disadvantaged, championing local issues and connecting with people to enable positive change. It isn’t easy tacking such tough issues, but our client’s successes mean it’s often extremely rewarding.

Forging Pathways from Adversity to Opportunity

What happened at the November Assembly

When too easy is too hard

How can we end hunger?