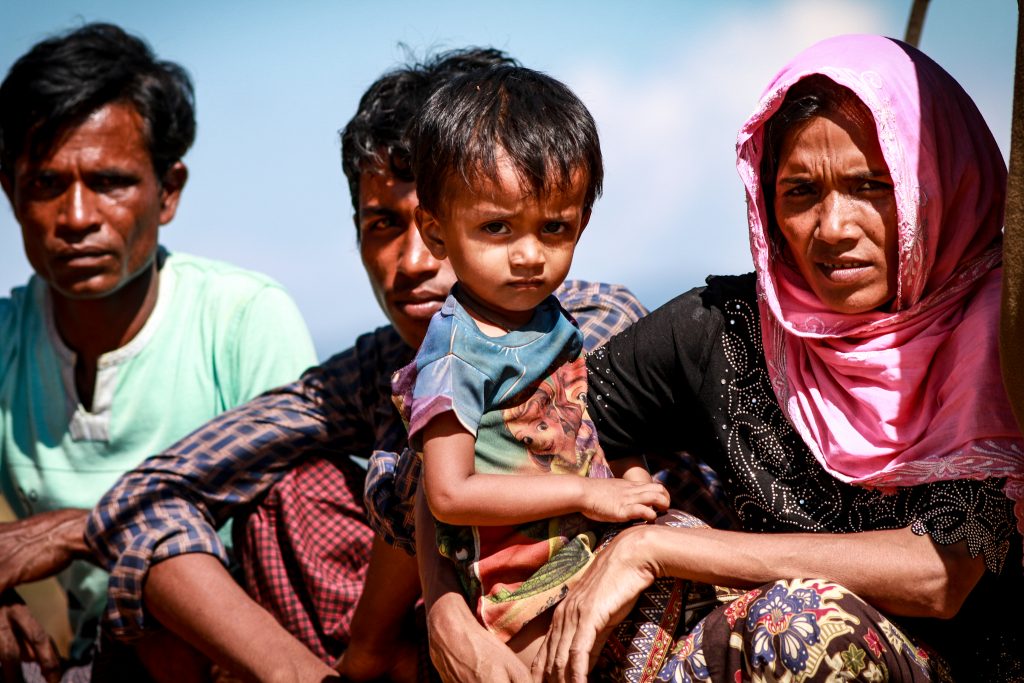 Have you heard about the world’s fastest-growing refugee crisis?

Since August 2017, violent and deadly attacks on entire villages in Myanmar’s western state of Rakhine, have left hundreds of thousands of Rohingya people fleeing for their lives.

Families are enduring harrowing journeys and, through it all, they carry the weight of unimaginable loss.

The stories reaching us from the Rohingya crisis are heartbreaking.

When violence arrived in their village, Zuwail and his wife, Unia, gathered their four children and ran.

“We had to flee because they burned down our houses… they were shooting,” says Zuwail.

Only four of the six would reach the relative safety of Bangladesh.

“When we were running, we lost two of our children because everything went so fast and everyone was so scared,” he says.

“When we heard that our children got murdered, we had to leave them behind, because they were still coming after us” says Zuwail. “We wanted to go back, but we couldn’t – we still had two other children to take care of. We cried and cried and cried”.

Zuwail and Unia made it to a refugee settlement with the two boys they had left.

But their camp is overflowing with refugees and there’s not enough of anything. Not water, not food, not medicines.

“Our most urgent needs are shelter and food,” Zuwail tells us. “If I would not get that, what would I do? We might just die. One of our sons is already sick. He has fever, feels cold and then warm and is coughing”.

This is one family’s story… but there are thousands more like it.

Those who make it to refugee settlements in Bangladesh are living without adequate food, shelter, and drinking water. Having escaped a violent death, they now face the prospect of dying from exposure, starvation… or both.

But your generous gift to the Disaster Action Fund will save innocent lives… and help provide urgently needed shelter kits and emergency relief to keep distraught refugee families safe, healthy, and alive.

Whether it’s earthquake, cyclone, or war, the Disaster Action Fund is for families in poverty who need urgent emergency relief.

Families like Zuwail and Unia’s have already lost too much. Give generously to stop them from losing the loved ones they have left.

Showing we care through Baptist Care

‘My Choices’: giving peace of mind to people...

This Mother’s Day, Thank Mum with a Special...

SA and NT Candidates preparing to enter the...

God’s grace and redemption transforming the lives of...