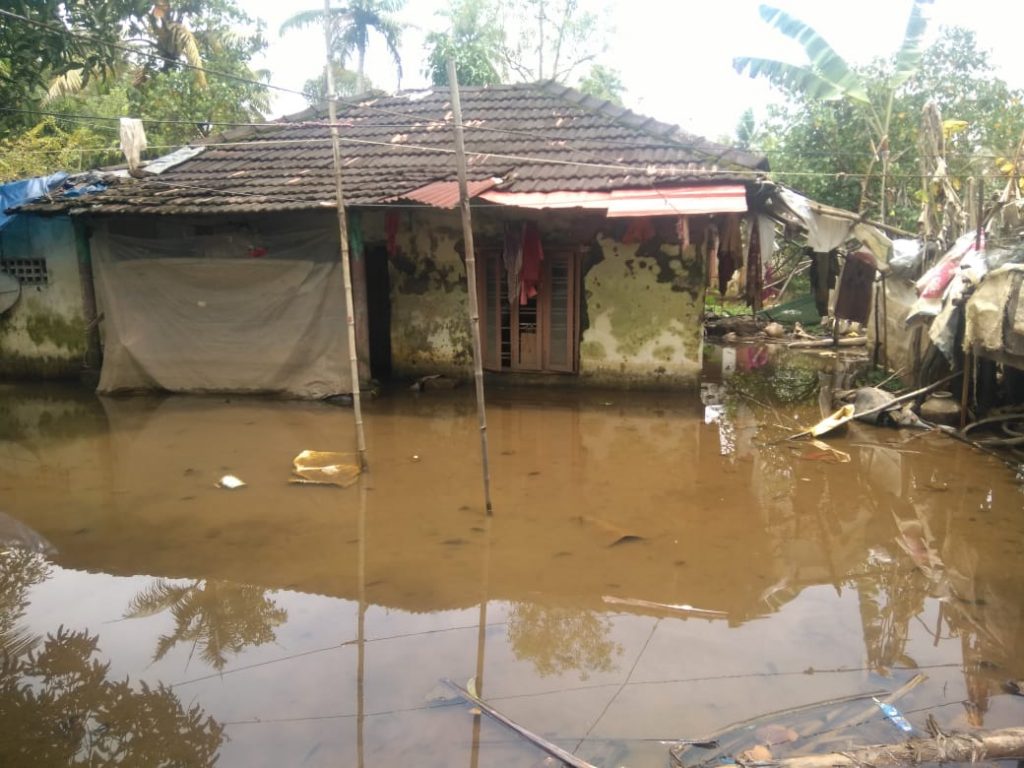 Destructive monsoon floods have killed around 400 people in the South Indian state of Kerala since rains began in June this year. At least 800,000 have been forced to flee their homes by the rising flood waters, seeking shelter in relief camps across the southern state.

In August, as the flooding reached its peak, Baptist World Aid Australia released $20,000 from its Disaster Action Fund to its Christian Partner on the ground in India.

“Our Disaster Action Fund allows us to respond with immediacy when a disaster like the floods in Kerala strikes,” says Baptist World Aid CEO, John Hickey.

“In this case, the funds have been used by our Christian Partner to provide urgently needed food rations and clean drinking water for food affected families.”

The situation in Kerala has been made even more dire by the sodden earth, giving way to landslides in hilly regions.

“Sadly, families have been ill prepared to deal with the effects of their collapsing surroundings,” says Mr Hickey. “Homes have been destroyed, livelihoods have been swept away, and lives have been lost.”

They were the worst floods the state of Kerala had experienced in nearly 100 years.

The devastating monsoon season has left families with nothing. They have no means of providing food for their hungry children or safe drinking water to prevent against the rapid spread of waterborne disease.

And, now, as the flood waters recede, the southern Indian state has declared a heath alert following a rat fever outbreak.

“Our Christian Partner on the ground, the Emmanuel Hospital Association is continuing its disaster response,” says Mr Hickey.

For Baptist World Aid, the disaster in Kerala followed week of urgent response to the Lombok earthquakes in Indonesia.

“It’s been a demanding time for our partners on the ground in both nations,” says Mr Hickey,

“I’m just so grateful for the faithful generosity of our supporters, which means we can respond to disasters, very soon after they strike.”

Find your copy of the Little Book of Big Hearted Gifts in the October issue of Together in Mission!

The challenges for our chaplains

‘My Choices’: giving peace of mind to people...

This Mother’s Day, Thank Mum with a Special...

The Art and Science of Spiritual Care

Inmates ‘Breaking Free’ through the pandemic